A long time ago there was a very beautiful girl named Cinderella.

Cinderella had long red hair, green eyes, and freckles all over her nose. She was clever and kind, and she loved to tell jokes.

But she was very unhappy. Her father and mother had died, and Cinderella lived with her stepmother and two stepsisters.

Although they all lived in a big house, they were actually quite poor. Their money was nearly gone. 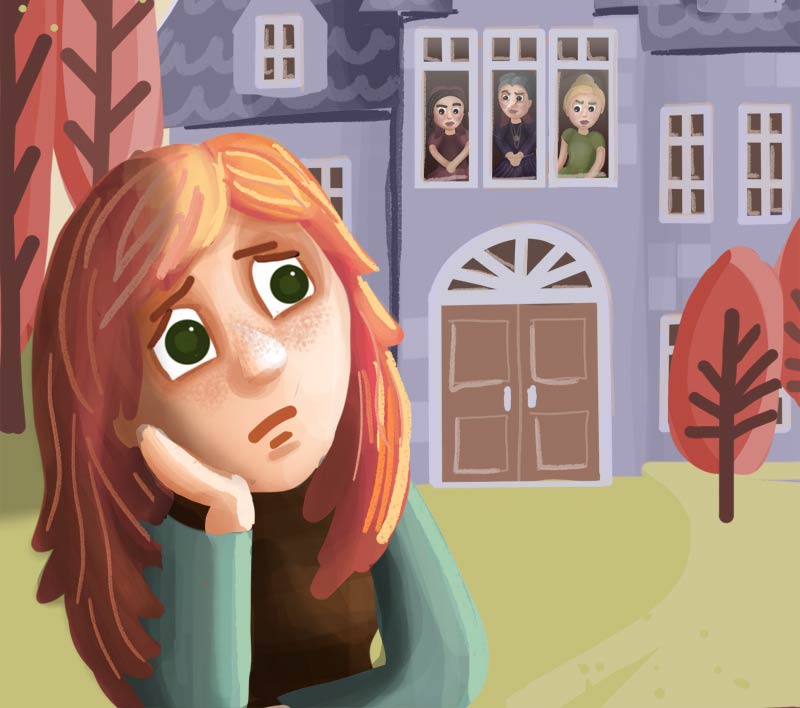 Cinderella's stepmother wanted one of her daughters to marry a rich man so they would no longer be poor.

The men who came to the house always fell immediately in love with Cinderella, and never noticed the stepsisters.

This frustrated the stepmother, so she ordered Cinderella to do all the chores.

"Sweep the hallway!" demanded the stepmother.
"Clean the kitchen!"
"Cook our dinner!"
"Tidy our bedrooms!"
"Mop the bathroom!"
"Wipe the windows!"
"Quick! Hurry!"

The stepsisters had beautiful dresses and shoes, but Cinderella's dress was made of old rags.

The stepsisters always ate the most delicious foods, but Cinderella always ate scraps.

And the stepsisters slept in their comfortable beds in their bedrooms, but Cinderella slept on a straw bed on the kitchen floor. 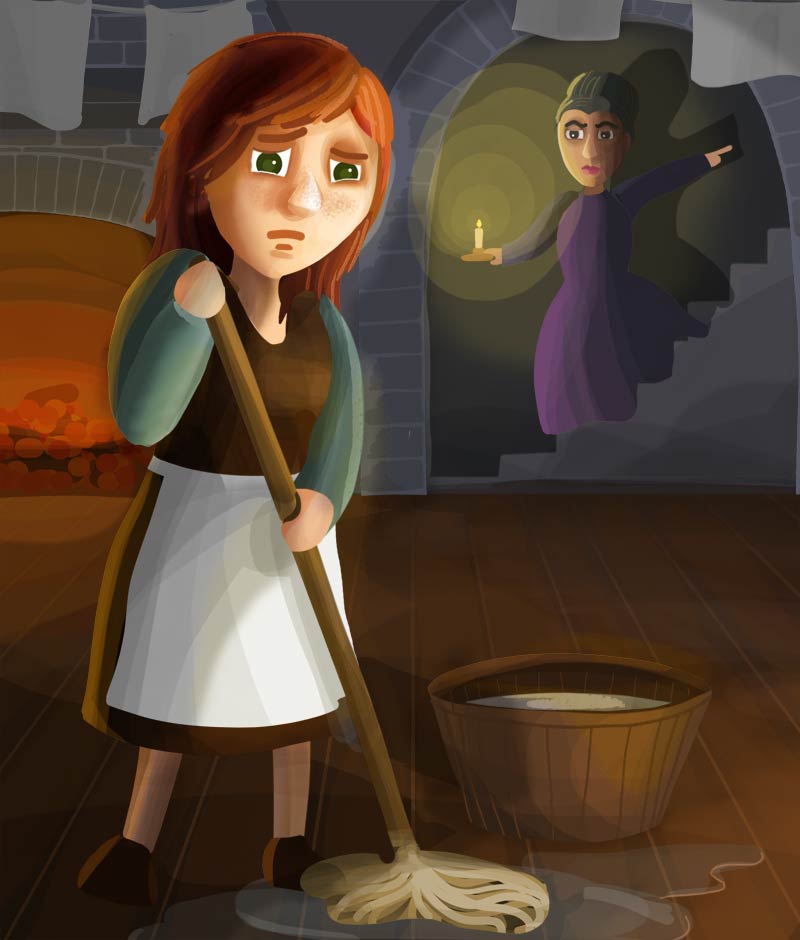 The animals were Cinderella's only friends. In the evening she sat beside the fireplace in the kitchen and told jokes to the family of mice who lived in the wall. She talked to the cat.