Once upon a time there was a rich hat maker. He told lots of lies. But he was so rich that nobody cared when he told lies.
‍
“Oh, he’s just joking!” they all laughed.
‍
The rich hat maker loved to go to dances with other rich people. At the dances, the rich people stood around and told lies to each other.

“My husband shot a turkey from three kilometers away…” said a rich lady.
‍“My son is so smart, he teaches his teachers!” said a rich man.
“My cat is so clever, she fetches sticks like a dog!” said another rich lady.
‍
The rich hat maker wanted to join the conversation, so he told his biggest lie yet:
“My daughter is so amazing, she can turn hay into gold!” 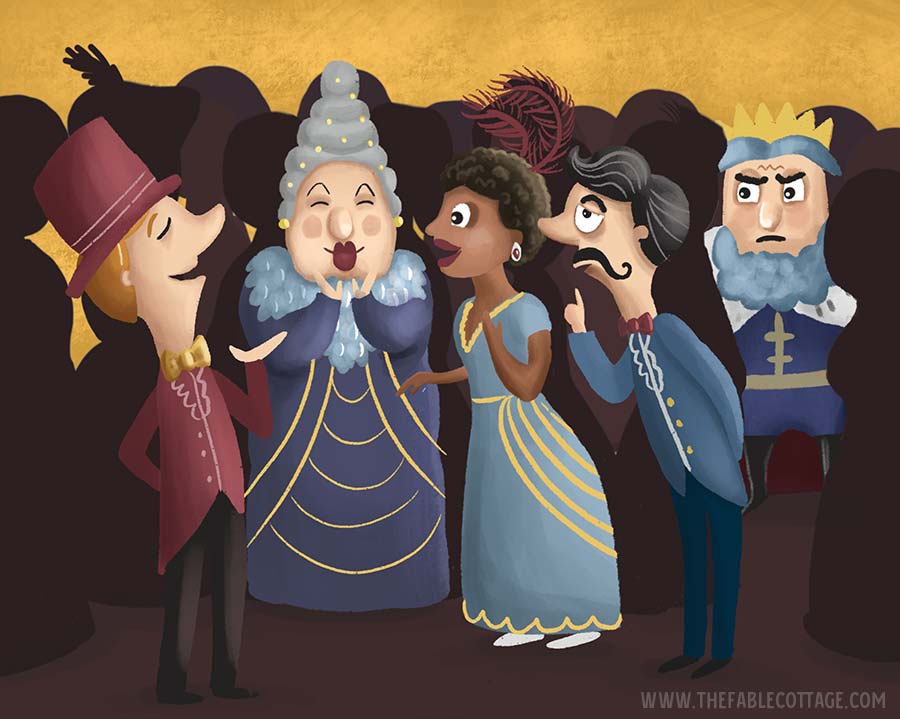 All the rich people nodded and smiled. “Oh yes,” they said. “How wonderful.”
‍
Suddenly there was a loud voice at the back of the room.
“SHE CAN TURN HAY INTO GOLD?!”
‍
It was the king! Everybody bowed and gasped as he walked up to the hat maker.
‍
“DID YOU SAY … SHE CAN TURN HAY INTO GOLD?”
‍
“Umm… well… what I meant was…. errrr…. Yes?” stammered the hat maker.
‍
“BRING HER TO ME!” bellowed the king.  He stormed out of the room.
‍
‘Oh dear,’ thought the hat maker. ‘What do I do now?’

The next morning the hat maker brought his daughter, Sophie, to a small room in the palace. Sophie was very confused.
‍
“Why am I here? Father? What’s going on?”‍
‍
“Your father is a liar,” explained the king. “Last night he said that you can turn hay into gold. I think that is a lie! And I HATE liars.”
‍
Sophie looked at her father. He stared at his feet.
‍
“Here is a bundle of hay,” said the king. “Please, turn it into gold. It must be done by morning.” 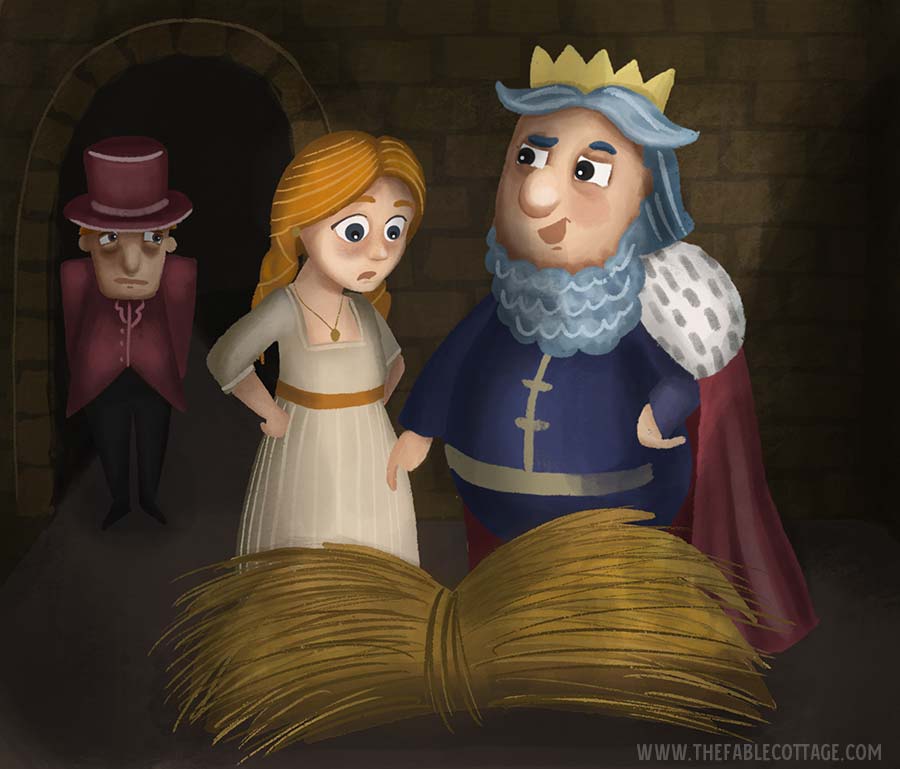 “Oh, and one more thing,” said the king. “If you fail, I will feed your father to my crocodiles. I HATE liars…”
‍
Everyone left. Sophie was alone.
‘Oh dear,’ thought Sophie. ‘What do I do now?’