Ten years passed. Sophie grew into a clever and accomplished woman. She married a kind man. They had a baby boy.
‍
One morning, Sophie was playing with her son in the garden when she heard that strange little laugh.
‍
“Tee hee hee. What do you have for me?” The little man stepped out from behind a bush. 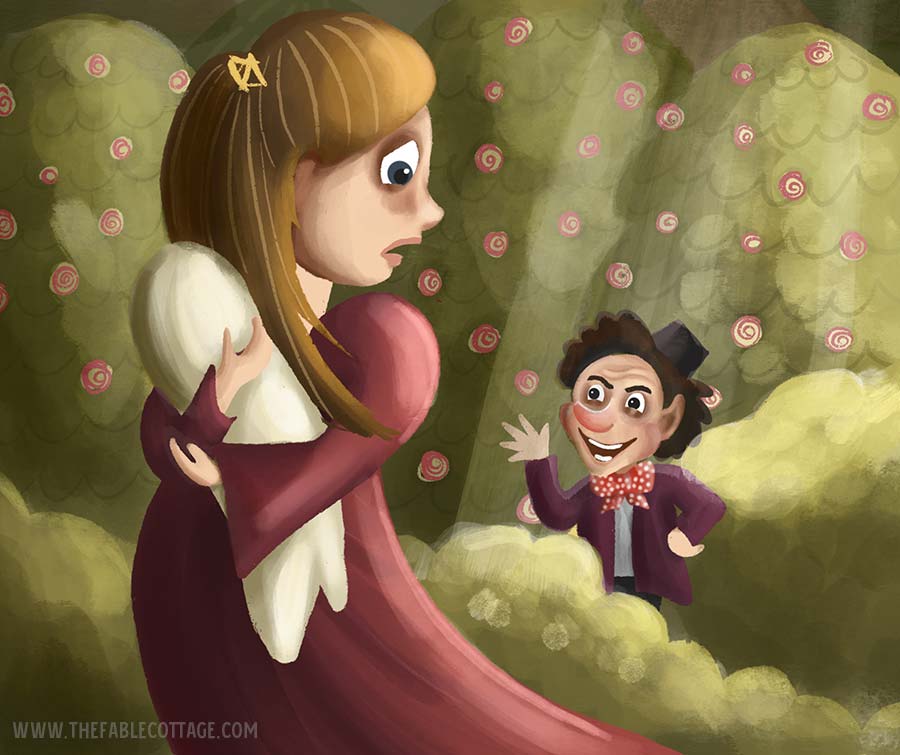 ‍“NO! YOU CAN’T HAVE HIM!” screamed Sophie. She held the baby close to her chest. She cried and cried.

“We had a deal, my dear,” said the little man. “But I will make you another deal: Guess my name! If you know my name, you can keep your son. You have three days. Is it a deal?”
‍
Sophie cried. “It’s a deal.” 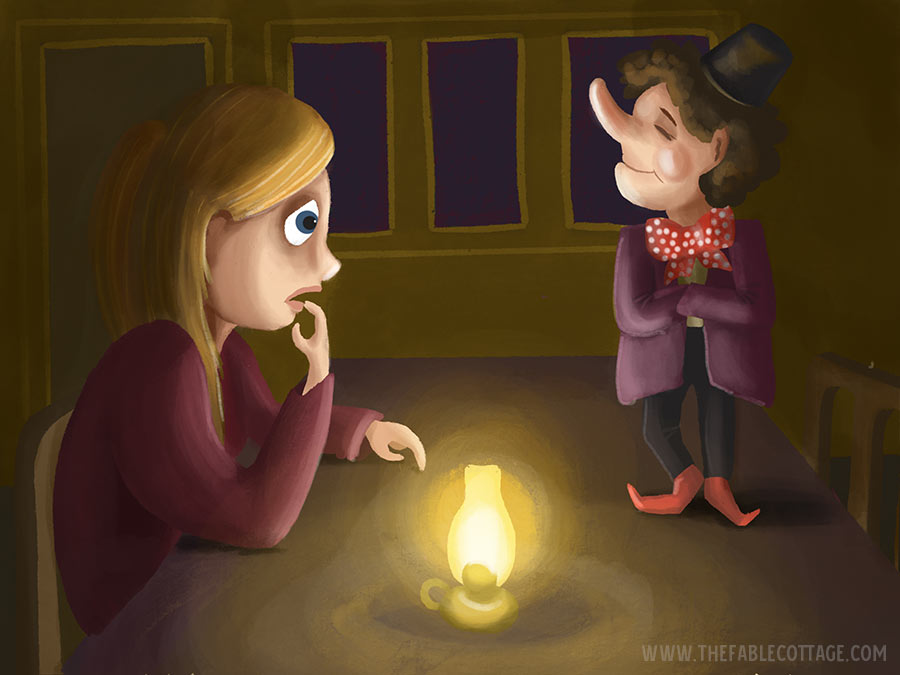 The third day, Sophie was panicking. She went for a walk in the forest to clear her head. It was already getting late.
‍
“His feet are pointy like a Norwegian,” she thought, “... so maybe his name is Bjørn? ... But his nose is red like an Australian, so maybe his name is Keith? ... But his hat looks Turkish! So maybe his name is Mustafa?...”
‍
Sophie walked deeper and deeper into the forest. She jumped over logs and climbed over rocks, and then turned a corner. She was very surprised to see a small house.
‍
A woman was sitting on the porch. She was knitting baby clothes and singing quietly. On her neck was Sophie’s necklace. On her finger was Sophie’s ring.

‍“Rumpelstiltskin! Rumpelstiltskin, my love!” the woman shouted. “Can you come here? I need you to help me knit!”
‍
And guess who appeared at the door? It was the little man!
‍
Sophie ducked down behind a bush. How lucky! She ran home as fast as she could. 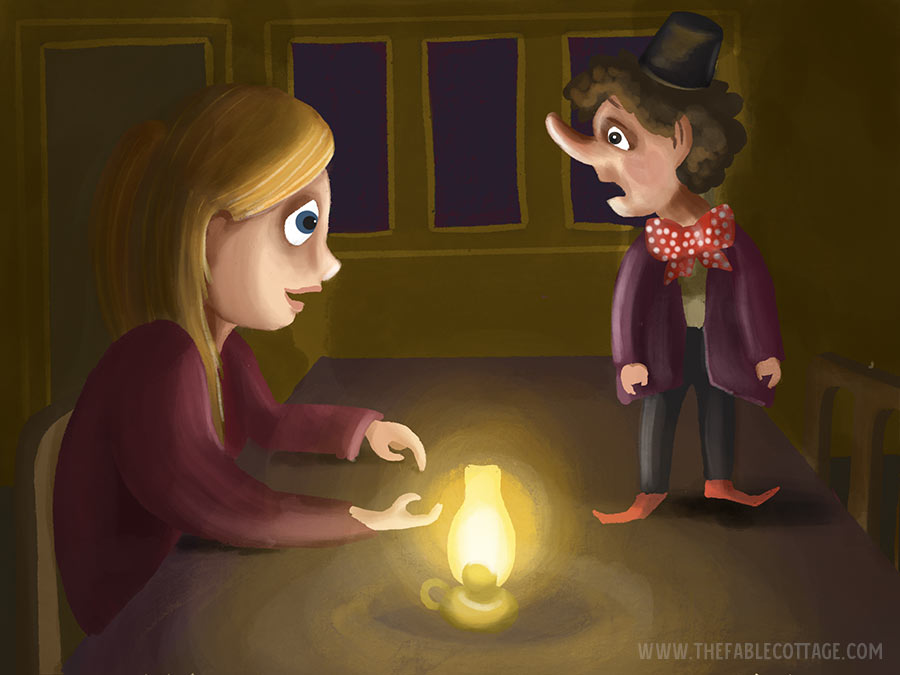 ‍The little man’s face turned red with anger.
‍“ARRRRRRRRRRGGGGGGH!”
He screamed and shouted and stomped his feet.
“How did you know my name? HOW DID YOU KNOW MY NAME?”‍

But then he stopped…  and cried. He looked up at Sophie.
“We would have loved your son very much,”  he whispered.

The little man wiped his tears away with a yellow handkerchief, and disappeared.

After that, Sophie and her family lived happily ever after, just like in the stories.
‍
But what happened to the little man?
‍
Well, look closely when you hear people telling big lies. Because big lies always need a big payment.

Rumplestiltskin will usually be there. Under the table, or on top of the cupboard. He is always waiting to make a good deal… 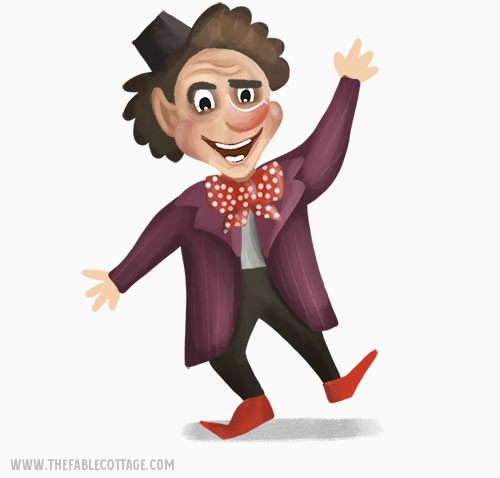