Once upon a time there were three billy goats. They lived in the mountains in a little goat-village called Goatstown.

The three goats were brothers, but they were very different. The youngest brother was the smallest, the middle one was the fattest, and the oldest one was the strongest. 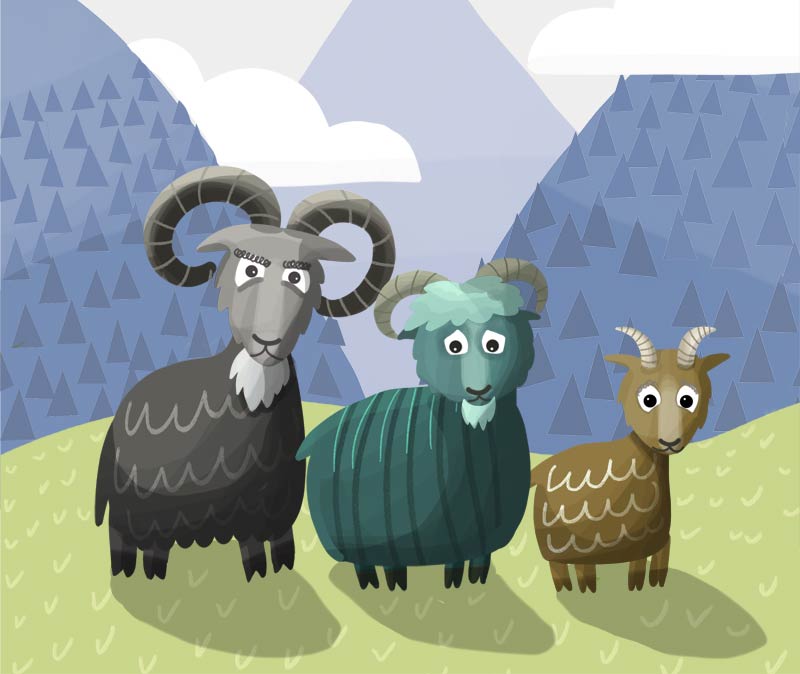 As you probably know, goats eat grass all the time. Grass for breakfast. Grass for lunch. Grass for dinner.

During the summer, there was lots of tall, green grass in Goatstown. But in the winter, the mountains were covered in deep snow, and there was no grass anywhere.

So the three goats decided to go down from the mountain and find the tall, green grass in the meadow on the other side of town.

On the other side of the bridge was the tallest, greenest grass that the goats had ever seen. They stomped their feet and wiggled their tails. Yum, yum! Grass!

But the bridge was very long and very narrow. Only one goat could cross at a time.

"Hey guys, let me go first!" said the youngest goat. "I am the smallest and the fastest. I will see if the bridge is safe!" 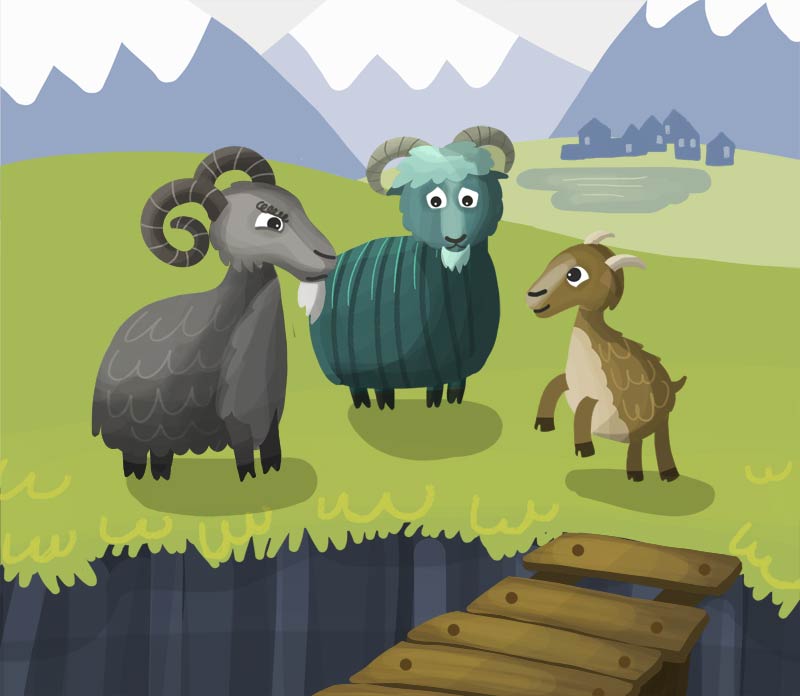 "If that’s what you want," said the other goats, and the youngest brother began to cross the bridge.