‘The Frightened Lion’ in English 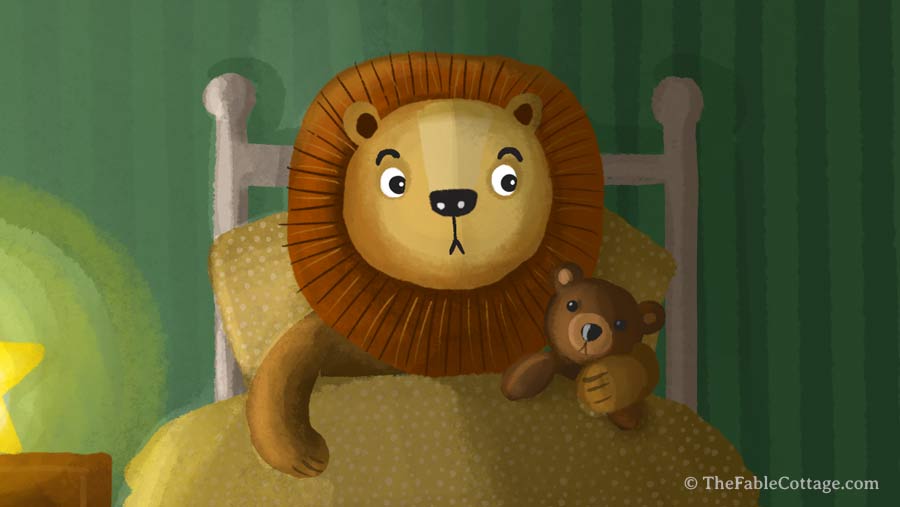 "What’s that sound?” he whispers.
Tap! … Tap!
"That sound… it’s coming from outside the window!” 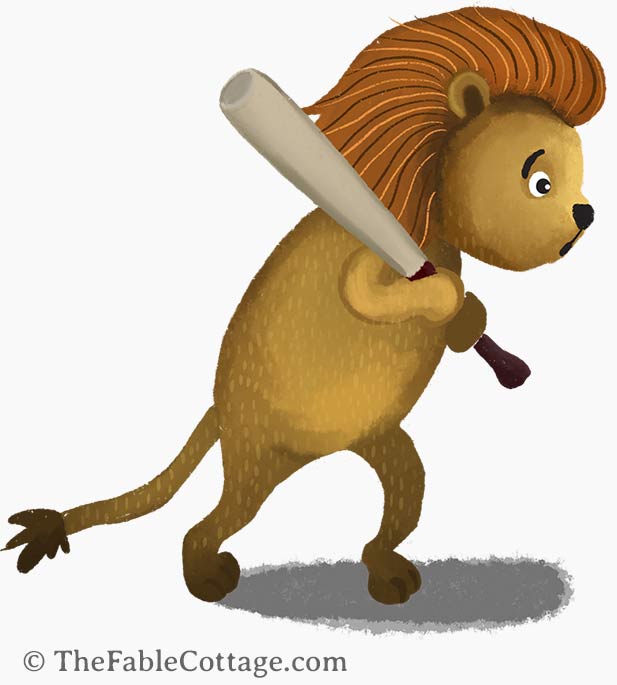 He climbs out of bed. He grabs a baseball bat and tip-toes towards the window.
Tappity-tap! TAP!

“It’s a monster!” he thinks. He grabs his bicycle helmet and puts it on his head for protection. He hears the sound again...
TAP! ... TAP! … Tappity-TAP! 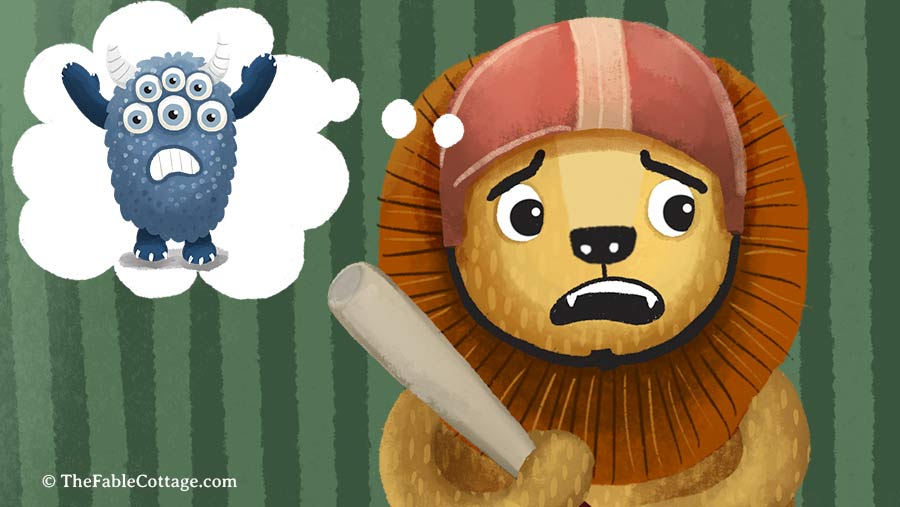 Lion panics. “The monster is getting closer! It sounds like the BIGGEST, SCARIEST monster ever!”

"EEEK!" Lion squeals. He runs away from the window and hides under the bed. He pulls a blanket over his head. He holds his baseball bat tightly in his hands, and…. 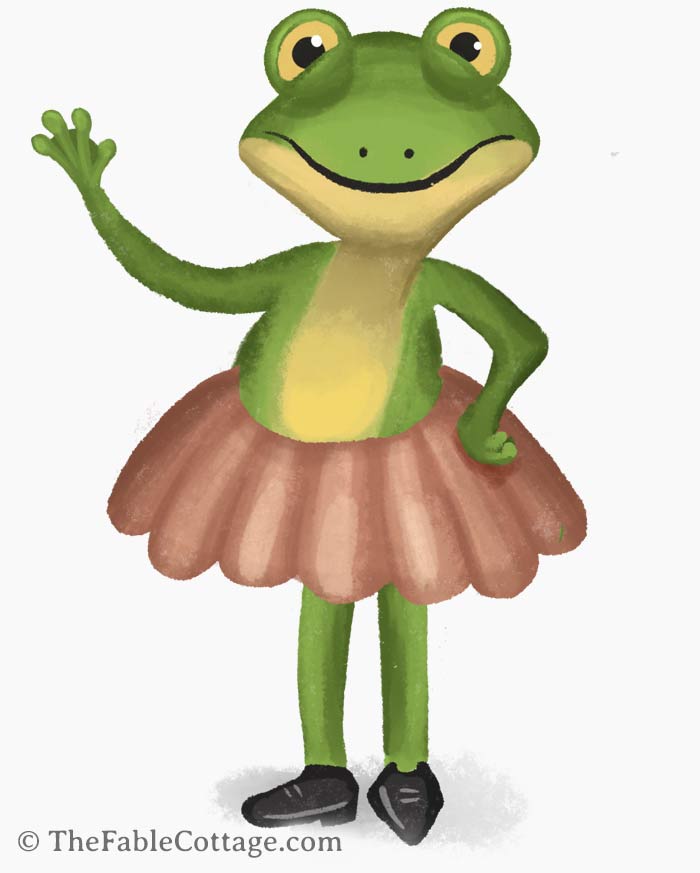 ‍
A little frog jumps up on the window sill. The frog is wearing a tutu and tap shoes. She dances a little dance.
Tap tap tappity-tap!

"Hello Lion! Are you in there?” says the frog. 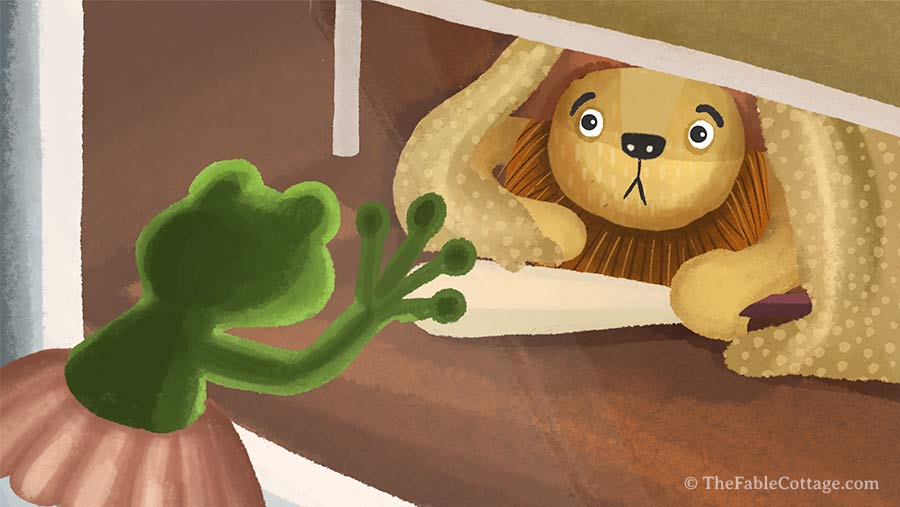 She looks through the window and sees Lion hiding under the bed. Lion is wrapped in a blanket… wearing a bicycle helmet … and holding a baseball bat. He looks ridiculous.

(And to be honest, he feels ridiculous too.)

"Ummm… I have some new dance moves to show you," says the frog.  "But you look busy. I will come back later. See ya!"

The frog hops down to the ground and happily dances away.

Moral: Sometimes our imaginations make things scarier than they really are.

Translate?
How to save this as a PDF